What are the 7 chakras in our body?

How does Reiki distance healing work in 2022 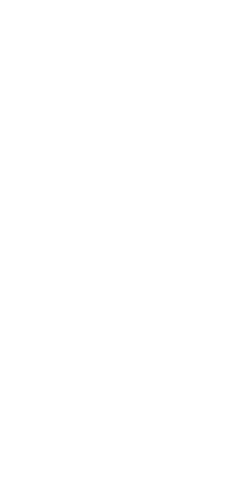 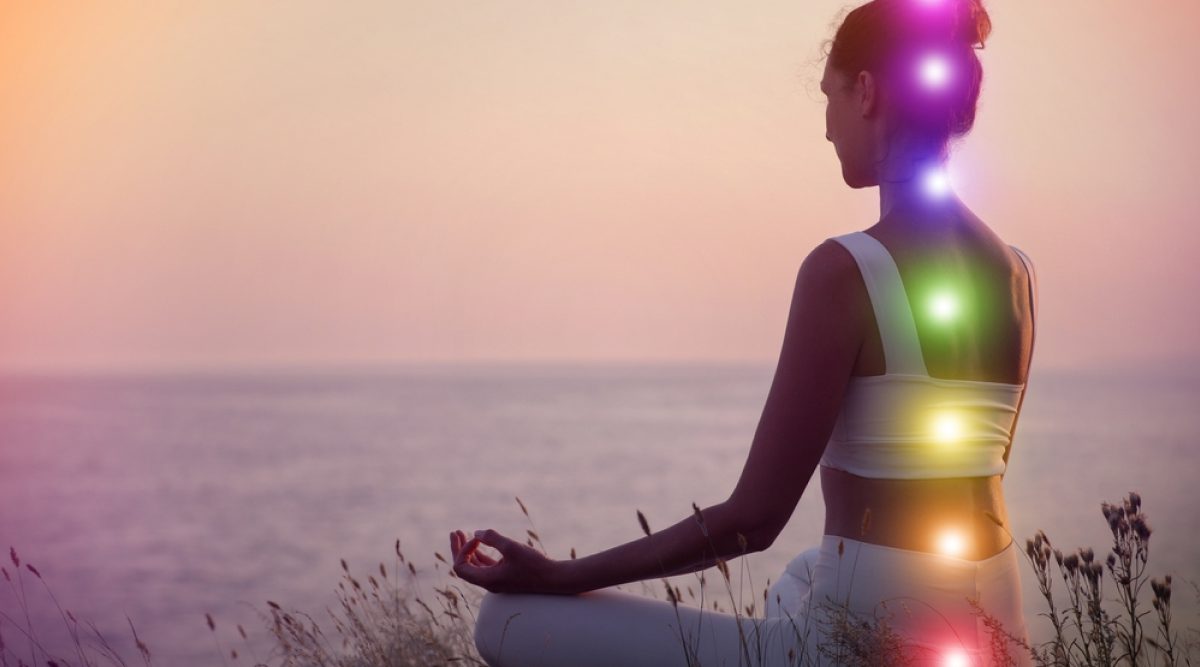 What are the 7 chakras? Chakra refers to a round, circular, or circle and comes from the Sanskrit language (described in the Vedas, ancient Indian scriptures from 1500-1000 BC). Though there are 114 chakras in the human body, only the seven that runs anterior to the spinal column are generally considered the most important.

The seven Chakras represent energy hubs connected to a network of nerves, main functions, and spiritual body parts that influence our physical and mental health.

Chakras are energy centers thought to be located at specific points throughout the body; they are responsible for channeling prana (life force energy) and keeping us alive. The power from these 7 chakras is sufficient to nourish a healthy brain, body, and spirit in a well-balanced being. However, instability of mind and body can result from chakra blockage from an accident, emotional trauma, worry, or sorrow.

What are the 7 chakra symbols? 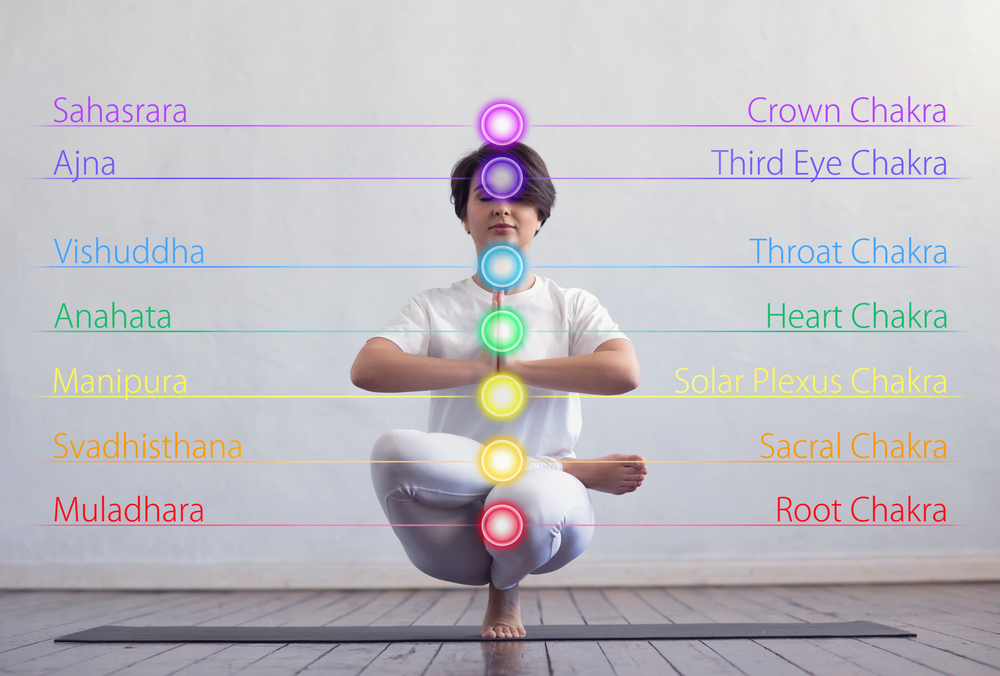 What are the 7 chakras symbols? Images, geometric forms, Sanskrit alphabetic symbols, and a rainbow of colors come together in the chakra symbols, making this a geometrical pattern. They symbolize the vitality of the corresponding chakra and are also steeped in spiritual significance.

The symbol of the root chakra: 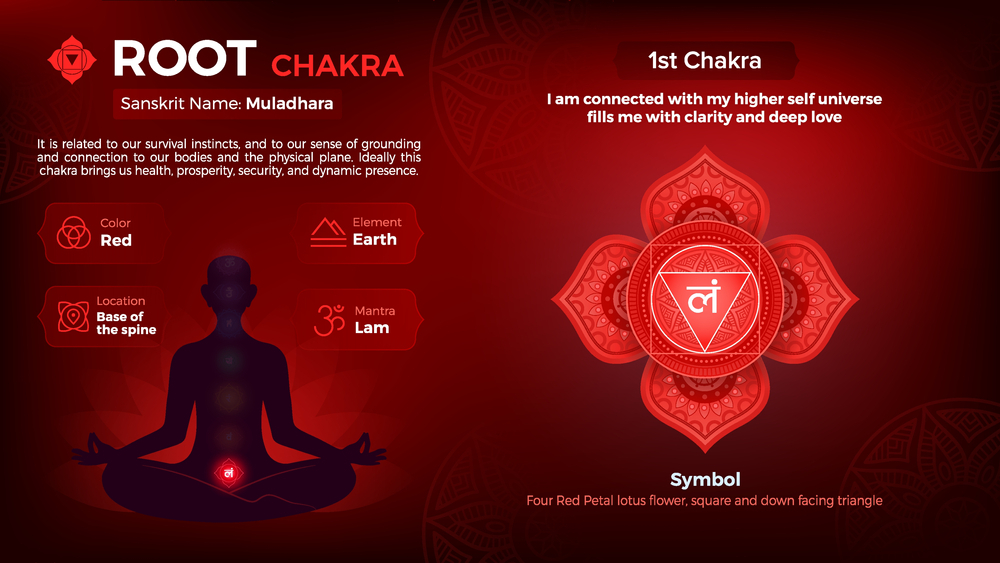 The base of the backbone contains the root chakra. Feeling secure in one’s identity and the world around oneself is mainly attributable to this factor. This hub ensures that we keep our bearings and have a sense of physical and emotional stability. Root and base are the meanings of the Sanskrit word Muladhara. 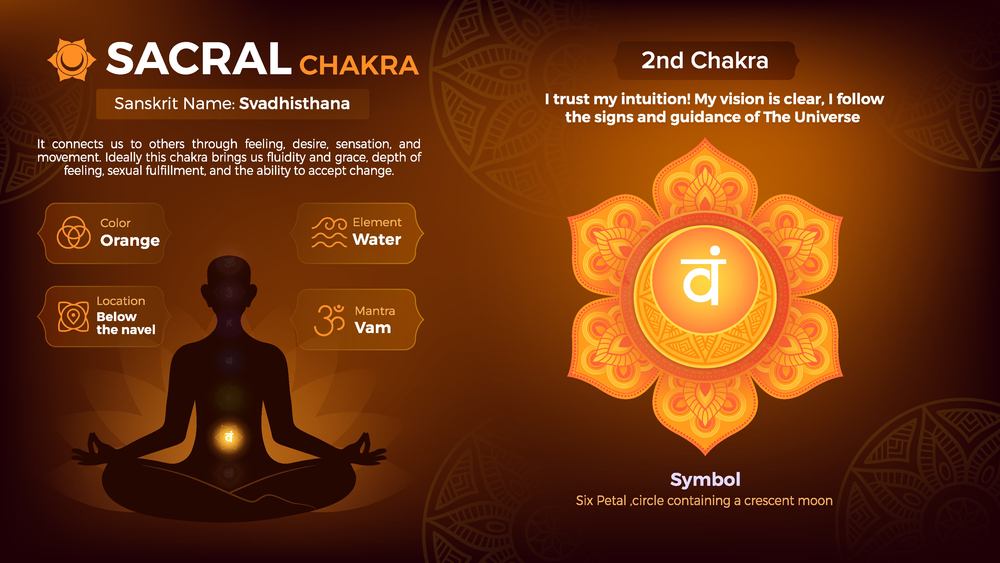 The sacral chakra resides in the lower abdomen, in direct range of the reproductive organs. Mood, love, and innovation all originate there. Its component, water, represents the movement, fluidity, and activity of our thoughts, and it controls our sensations, moods, and sex lives. Several concentric circles surround a crescent moon, and the six petals of an orange lotus flower make up the Sacral Chakra emblem.

Symbol of the Solar Plexus Chakra: 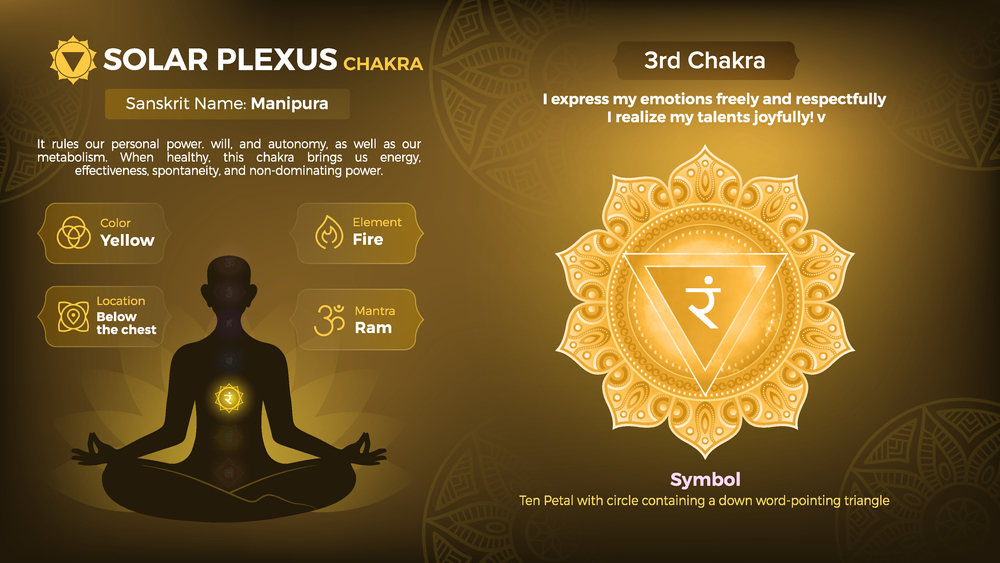 Located in the upper abdomen, this chakra is roughly an inch above the navel. It controls our sense of self, assurance, bravery, and willpower. The upturned pyramid of the solar plexus chakra sits within just a 10-petaled circle.

The Symbol of the Heart Chakra: 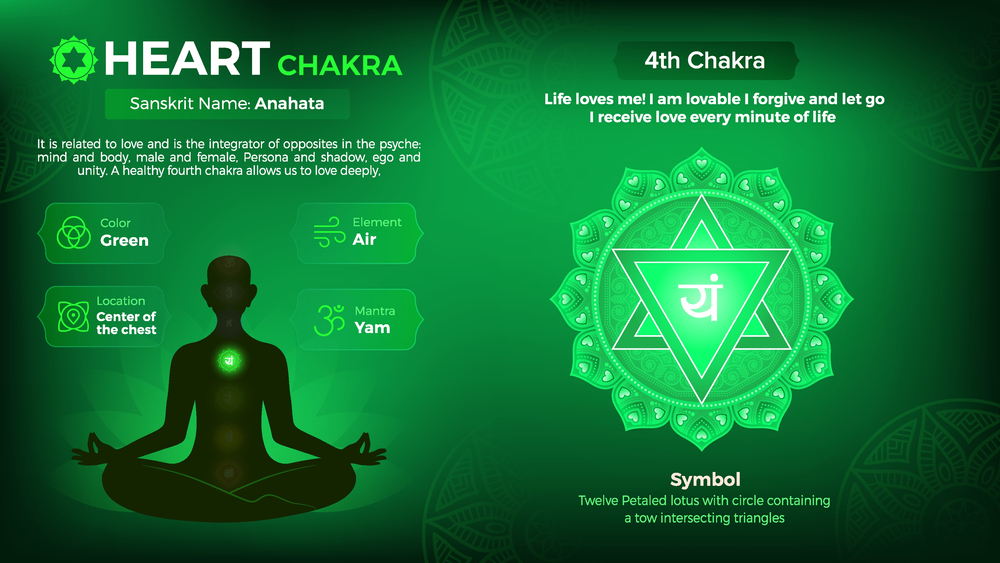 The location of the heart chakra is directly over the bodily heart. The heart chakra controls our feelings of compassion and humanity. Emotions like happiness, thankfulness, empathy, and reconciliation are also part of it. Located in the heart, the Anahata chakra is represented by a six-pointed star made up of two crossing triangles inside a circle. At its periphery is a green lotus flower formed by 12 outer petals.

The symbol of throat chakra: 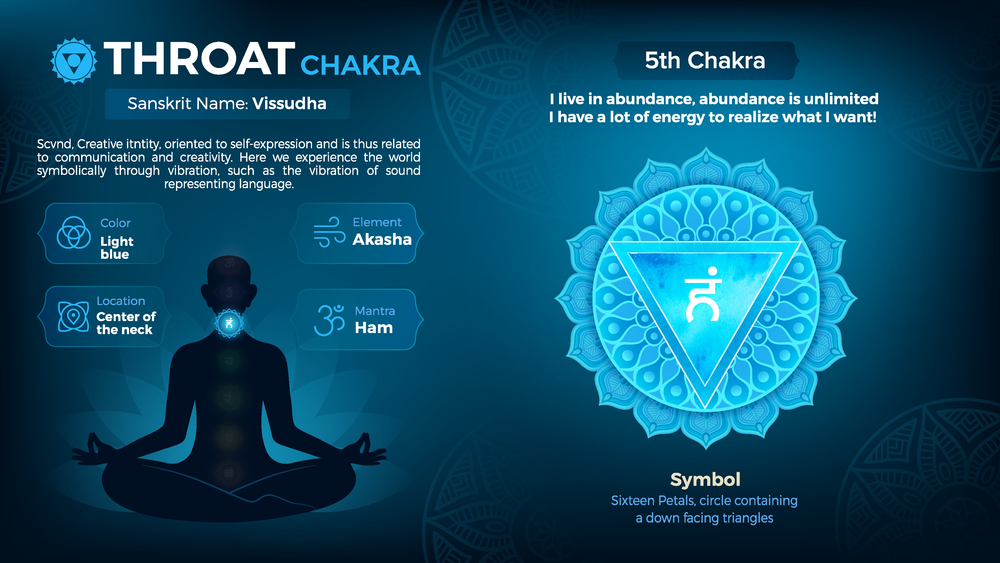 The throat chakra represents communication and expression. It is the nerve core of our interpersonal interactions, where we tell the truth, share our thoughts and feelings, and hear the ideas and perspectives of others. The symbol for the throat chakra is a stacked circle, inversion pyramid, and circle. 16 petals go around the perimeter.

The symbol of third-eye chakra: 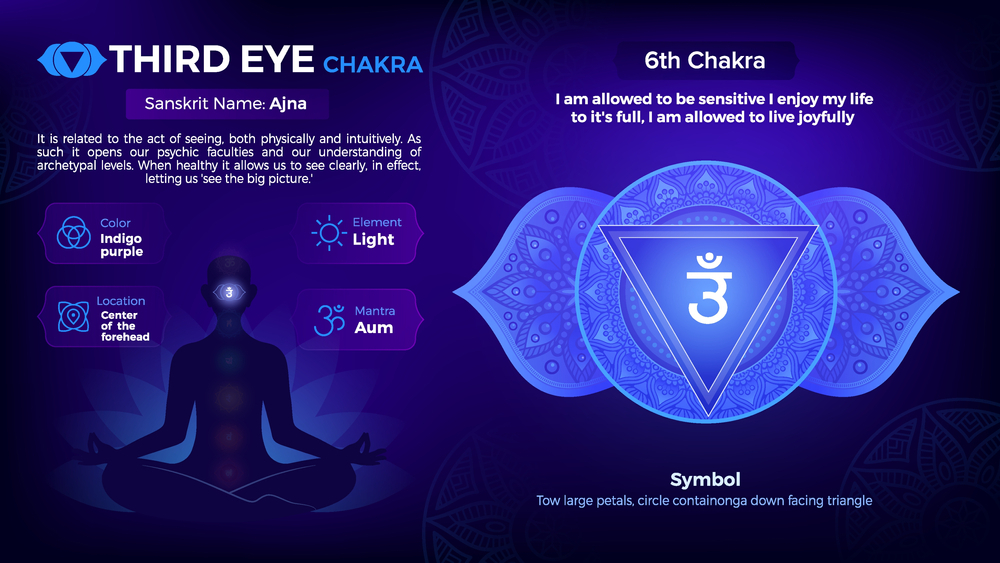 There are two petals and a downward-pointing triangle inside a circle, which is the third eye chakra sign. Intelligence and creativity originate in the third-eye chakra, located between the eyebrows. This is our energetic hub for perceiving cosmic signs and omens that point us in the proper direction. As a result, we can tune in more closely to our intuitive guidance systems and develop our psychological capabilities.

The symbol of crown chakra: 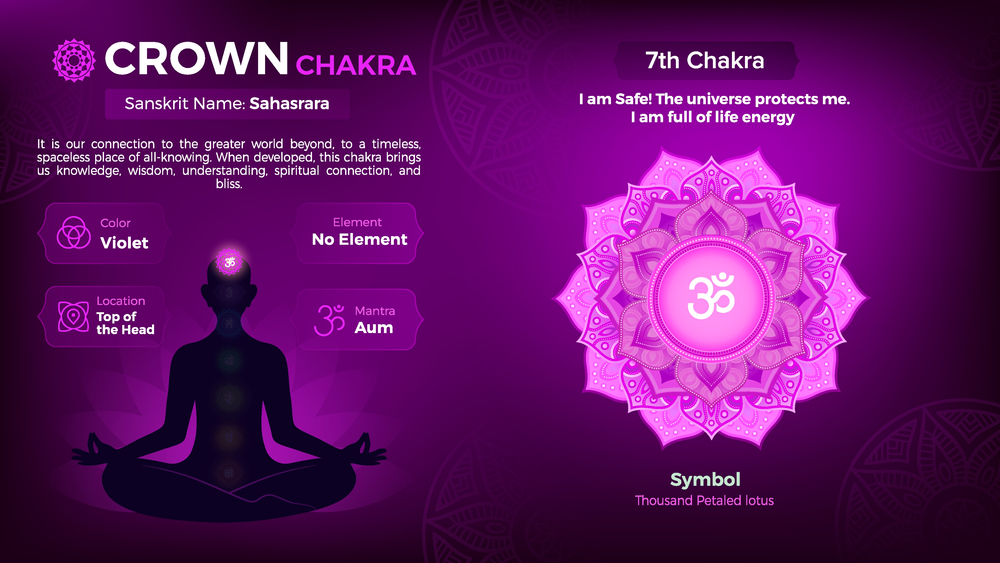 Because Sahasrara means a thousand petals in Sanskrit, the crown chakra’s symbolism typically features many flowers. The symbol’s round shape, which depicts the full moon and the end of a cycle, is also associated with new beginnings and rebirth.

What are the seven chakra chants and their colors? 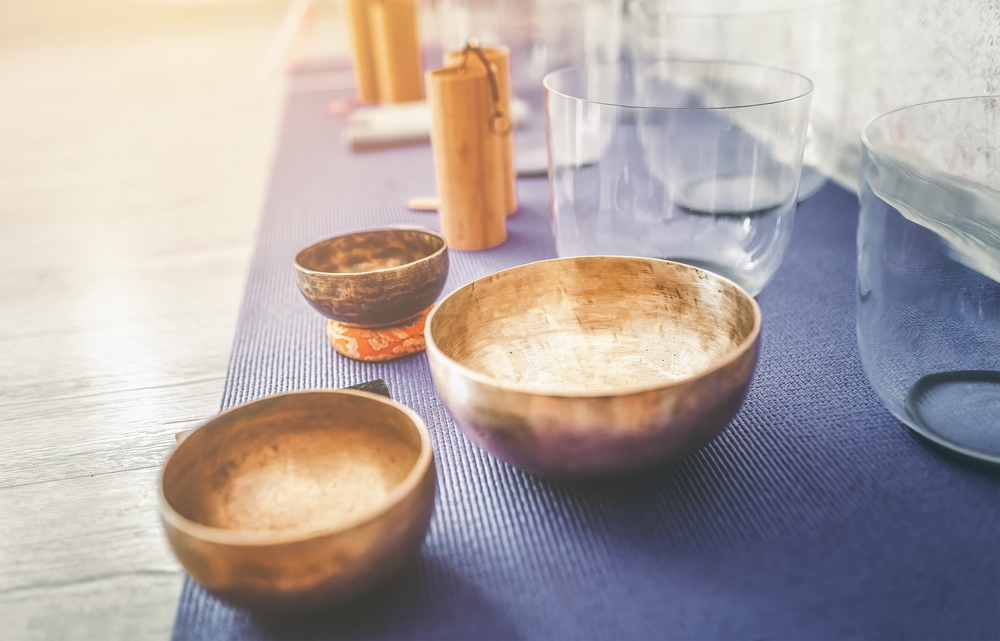 The seven energy healing chants are as follows:

People believe that the subtle energy flowing through their chakras keeps their bodies and minds functioning at peak efficiency. Although medical research has not explicitly focused on chakras and spiritual power, understanding these concepts may help you reflect on your mind and body as faith and belief systems do. Please visit Yrma Wilson. She has solutions to all your emotional issues and problems.

The Complete Guide to the 7 Chakras for Beginners 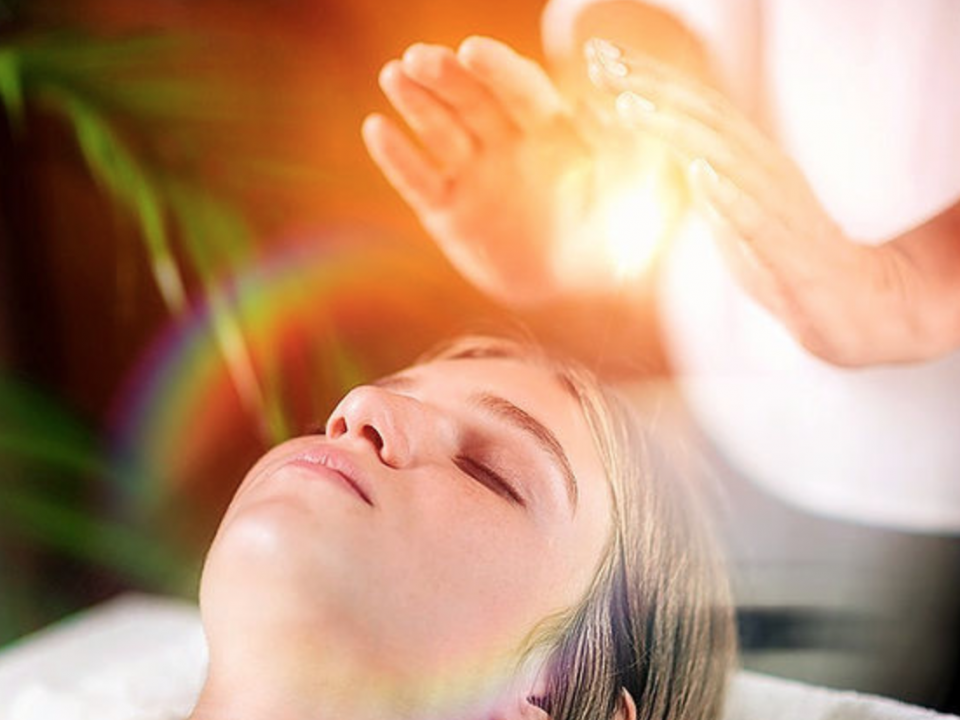 Energy Healing is What Everyone Needs in Life, With No Exception. 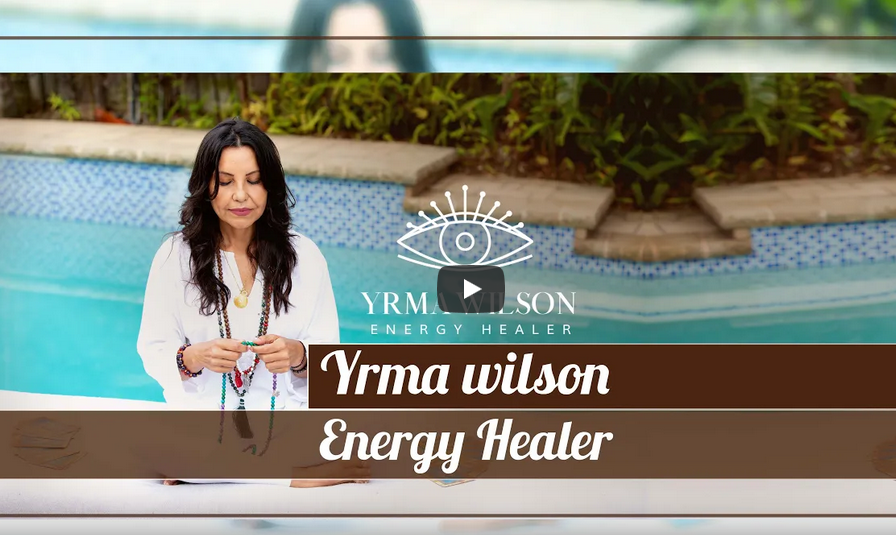 I can’t even BEGIN to express how happy I am to have found you! The fact you were able to determine during my daughter’s energy healing session that she had a broken bone, and the doctors who examined her totally missed it, is absolutely amazing!

Thank god, I listened to you and took her immediately back to the doctors and insisted they take x-rays that enable them to see that in addition to her bruised arm she also had a broken collarbone. If it wasn’t for you, I would still be thinking my poor 8-month old daughter was just being fussy after the car accident, because the doctors who examine her said she was fine.
The Car accident was a horrible experience for all of us, but I’m so blessed to have found you! Thanks to your energy healing, my baby and I are on our journey to peace and healing.

You are truly amazing!
Shareny